Some of you may have noticed the Bell Canada trucks busy working in our area, this April of 2016. They seem to be installing fibre optic cable (made by Corning going by the writing on the cable) and drop boxes to connect to subscribers. Looks like we’ll have very high speed Internet in the ‘hood soon! 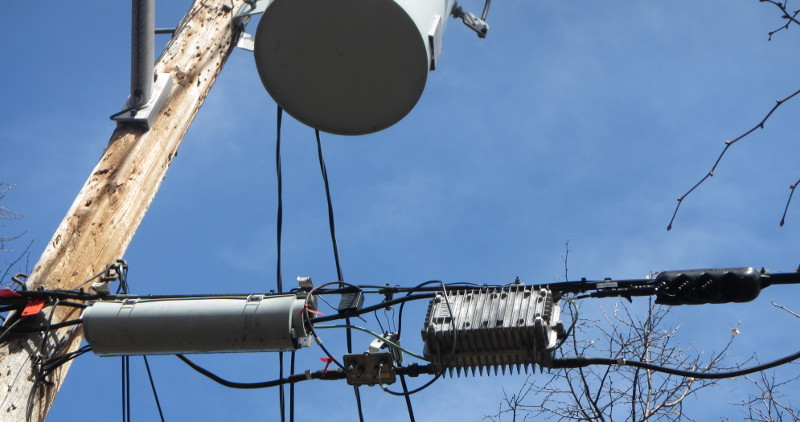 In case you’re wondering what’s on a typical pole in our neighbourhood, here’s a list: